‘Alpha Female’ is the brand new video from UK band Wild Beasts, produced by APA member Rumble and directed by Sasha Rainbow. We chatted with Sasha to find out where the concept came from and what inspired her to shine a light on the skater girls of Bangalore.

Casting Networks: Where did the inspiration come from for the music video concept?

Sasha Rainbow: For the Wild Beasts music video, I directed I tried to pull apart the song title Alpha Female and think about what it really meant. I wanted to use the video as a platform to celebrate women boldly going against the grain through affirmative, inspiring action, by following their passions; in this case, through skateboarding. The core message for me is ‘big change can start with just one person.’ The Holystoked Skate Crew and the girls that I worked with are an inspiration that cuts through age, gender, and class barriers. I wanted to commemorate this incredible moment in India. 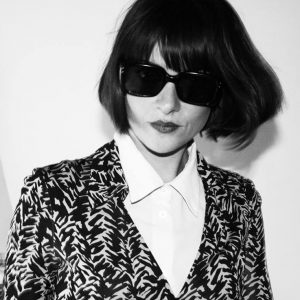 CN: How did you find The Holystoked Skate Crew and how did they feel about being in the music video?

SR: Holystoked were some of the first skateboarders in India, which only came to the country a few years ago. They were also the first ones to encourage girls to start skateboarding with a ‘girls only skate day,’ so it was very natural I would join forces with them! They were all really happy to be a part of it and all very passionate about spreading the word. I would consider many of them good friends now, which is an added bonus!

CN: What were the biggest challenges to the overseas shoot?

SR: I think all of us who have worked on this have agreed that its been the most challenging project we’ve ever worked on, but also that its been the most fulfilling. Explaining the difficulties of filming in India would require a documentary film in itself—a slapstick comedy, naturally. We had only 3-4 hours sleep a night for a couple of weeks, which proved to be one of the biggest challenges. One night, when we were shooting at the cave skatepark after a long day out on the road shots, I needed a break. So I borrowed a skateboard and started practicing on the ramp and discovered I could do it. Realising I could channel my energy into the skateboard was awesome. I fell heaps, and that was part of the fun.

CN: How has the music video been received?

SR: We have been overwhelmed by the positive response; Tony Hawk shared it on his page and the Dazed and Confused premiere has had 6.3K shares! The BBC interview I did went viral on Facebook. I have never had so many strangers reach out to me to say how much they love it, which is incredibly touching. The music video has a few really important messages that stand out for me—one is of course, girls can do anything; the second is that boldness has a powerful quality. Lastly, it’s a comment about the media. We are so bombarded with negative information, when in fact, the world is getting better. If we can spend more time sharing messages of empowerment and change, I think this too will have a positive, explosive effect, so it means a lot that it seems to really have resonated with all sorts of people around the world.

CN: What’s next for you?

SR: Meeting this remarkable community inspired me to dig deeper into their personal stories and the environment in which they developed themselves. I am now fundraising to return to India in April to film a documentary on the themes and figures involved in Alpha Female.

Rumble is a production company based in East London making commercials, music videos, short films and anything else that takes their fancy across live action and animation.
www.werumble.com