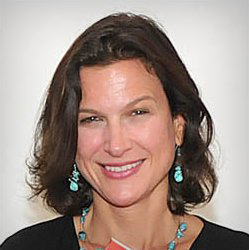 Nancy Bishop is visiting us in Los Angeles this week and actors have two opportunities to see her (three if you’re a member of BAFTA, ya Anglophile).

An Emmy-nominated international casting director, with offices in London and Prague, Nancy is a native of New England and trained as an actor and director at the University of Michigan and the National Theatre Institute. She went on to earn a Master of Arts in Theatre at Northwestern University. In the 1990s, she helped found two cutting-edge theatre companies that are still going strong today, Strawdog Theatre and Theater Oobleck, eventually going on to work with the Black Box Theater in Prague as a producer and director.

As a casting director, Nancy boasts nearly one hundred major feature film and television projects among her credits, casting hundreds of actors throughout Europe, the United Kingdom, and the U.S. She has been retained as casting director by dozens of major screen producers and directors, including Brad Bird, (Mission Impossible IV), Roman Polanski (Oliver), and Ridley Scott (Child 44). She also was nominated for an Emmy Award for her casting work on Anne Frank: The Whole Story, produced by ABC/Disney Studios.

In addition, Nancy keeps a busy schedule as a guest lecturer, offering on-camera master classes and seminars to develop actors’ on-camera skills and career marketing. And it’s in that capacity that’s she’s come from across the pond. Details about her appearances and classes are below. Take advantage!

What: Auditioning for Film & TV BOOK LAUNCH and Q&A:

Who: Nancy Bishop with Marcello Belisario, Vice President of Casting at Lionsgate.

Parking: lot behind the bookshop on Stanley or on the street

What: BAFTA Salon: International Casting & the Globalization of Talent

RSVP: Here. If you’re a member. If not, don’t even. You think a silly walk or a tract of land passed down through generations of your family is getting you into this thing? You’re wrong.

Lindsay Katai is a writer/performer/debtor in Los Angeles and serves as Casting Networks’ Marketing Communications Specialist. She enjoys smooth music and knows that her type is best described as “socially awkward Wednesday Addams.” She’s worked at Casting Networks since 2010.