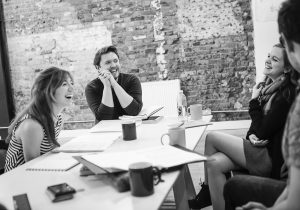 “The power of imagination makes us infinite.”

Despite being in the relative spring-time of his career, producer Robin Rayner has already gained a reputation as both one of the most sought-after and best-liked members of the UK theatre industry.

Robin’s work spans the stage’s most grandiose heights (as of this month, he is the Associate General Manager of the prestigious Olivier Awards) to its most intimate, providing a platform for bold new work through his production company TREMers and a voice for independent artists by way of the provocative showcase Political Pageantry.

“To create something (however large or small) is a wonderful thing—to excite and inspire, contagious.”

Together with TREMers co-founder Tom O’Brien (currently Resident Director of West End hit Half a Sixpence), Robin seems to have mastered the art of theatre production and its delicate demands of successfully gaining Arts Council Funding, receiving 5-star reviews and multiple award nominations.

“Groundbreaking theatrical productions can be created through spoken word and the power of imagination.”

I caught up with Robin recently over a bottle of pink Prosecco to celebrate the success of his 2016 shows FABRIC (winner of The Scotsman Fringe First Award and The Stage Award for Acting Excellence) and Foiled and was again struck by that quality which was so often drummed into us at drama school—“above all else, always, always, be a joy to work with.”

In his own words: Robin Rayner

“Over the last few years I have been focussing on developing and producing new writing. It is a very challenging industry at the best of times, but generating and selling brand new dramatic work by relatively unknown artists is certainly one of the hardest tasks. Many producers will use star names, and although I’m not against that in any way, I have recently been offering opportunity to artists I respect and who I believe can do an incredible job. It has meant that investment has been harder to come by and marketing has been initially harder, but the rewards have been great. With FABRIC at the Edinburgh Festival, once the reviews got out there, sales flew up and we sold out within a matter of days. We also won the Scotsman Fringe First Award which certainly helped. The Dogs of War also experienced a similar thing, with audience members clamouring to get a ticket in the final few weeks once the word was out there! The wonderful thing about general-managing the recent hit comedy Foiled was that it was set and performed in an actual working hair salon, which makes it immediately different from other shows around. Audiences love site-specific work, and with some fabulous reviews from both The Stage and The Scotsman, the show became a sell-out hit.

It was much easier when I produced the 21st anniversary production of The Fastest Clock in the Universe, as the writer Philip Ridley already had a fan base and, adding to that, excellent reviews—the ticket sales for the show broke a record at the Old Red Lion Theatre where it was performed.

For the last few years I have also been engaged by the Society of London Theatre to work as part of the core production team on the Olivier Awards at the Royal Opera House. The role has given me some fantastic experiences to work with and meet some incredibly talented people. In 2017 I will be the Associate General Manager for the Oliviers and I am thrilled to be taking on this new role as we face the new exciting challenge of presenting the awards at the Royal Albert Hall. With current West End productions including Dreamgirls, Half a Sixpence, and Harry Potter and The Cursed Child, I’m sure we can expect a pretty epic night celebrating a year of inspirational theatre!

1. Learn. Don’t stop learning. You can do this in many ways; read books, see theatre, ask questions, watch tutorials, engage with your fellow producers. Don’t pretend you know everything all the time.

2. Don’t expect the opportunities to come to your door. Get out there, meet people, and let them know what you are doing and what your plans are. Take opportunities where you can.

3. Get creative. It’s important that people in all areas of theatre don’t limit themselves and keep creating. This will inform your decisions and develop you as an artist—we are all artists.

4. Mentor. Assist or be mentored by people who are respected producers, so you are constantly being pushed and challenged to be the best you can be. Everyone went through a process to get where they are, so they all have knowledge and experience to share with you. I was lucky to be mentored by West End producer Eleanor Lloyd.

5. Take risks—on artists, productions, venues, etc. Most important of all, trust in your own choices and ability and take that leap with something you personally believe in. It will be the most fulfilling project. 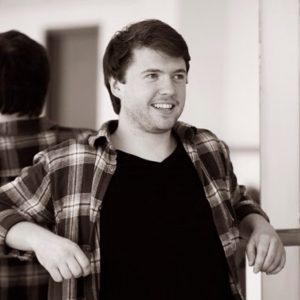 Robin Rayner is an independent theatre producer and Executive Producer for TREMers.

Robin works as part of the core production team on the Olivier Awards for the Society of London Theatre at the Royal Opera House, and The Oliviers in Concert at the Royal Festival Hall starring Michael Ball & Elaine Paige. He has been Production Assistant on Beautiful Thing (Arts Theatre, West End) and Judy, The Righteous (Trafalgar Studios 2).