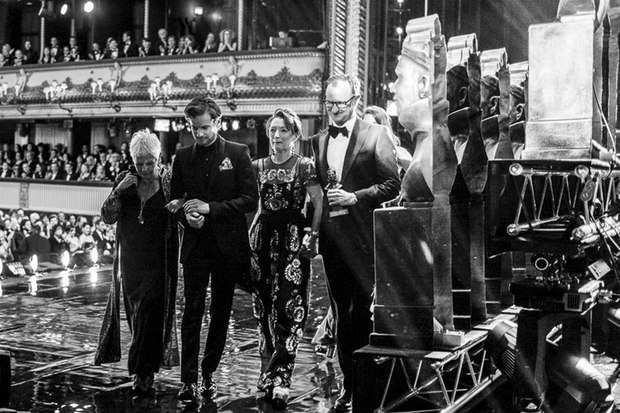 London is undoubtedly theatre-lovers’ heaven—production variety, volume ,and quality are simply unrivaled. Londoners embrace theatre with the same enthusiasm and with as much gusto as Sydneysiders do brunch. Despite long work commutes, sky-high living costs, damp, dark, short days, and the exhausting, overcrowded daily battle, Londoners still find time for theatre. On any given evening, Leicester Square is packed with a throng of theatre-goers and shouting discount ticket sellers, Soho Theatre Bar is bursting at the seams, while away from the West-End, fringe theatres and pub venues spill out onto the footpaths, awash with the young blooded of theatre’s pumping pulse.

So you—stage-loving actor—land ready to tackle this wonderful world. You are British agentless, but with your hard-yakka Australian work ethic are confident that you can apply the same nouse to make it happen on the London stage.

Presuming that you have already trained and are ready to roll up your skinnies and dance the boards in your tri-stripes, here are my 5 Top Tips for Kickstarting your London Career, courtesy of five years of grafting the London theatre scene, net trawling, and interrogation. It worked for me and many wonderful friends and I sincerely hope that it does for you too.

Wishing you all the success in the world . . . and especially in that little yet vital Northern corner. 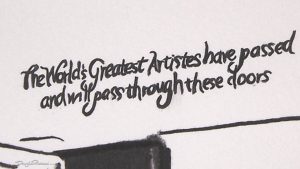 Expensive, yet essential (assuming that you already have changed over your Casting Networks profile to UK, have current headshots, a showreel, voice-over reel, a tailored CV, personal website, and you’re sorting out your RP and dialects).

The first port of call is to join Actors Equity, the British actors’ union. A reciprocal arrangement with MEAA was in place when I joined in 2012, but I still needed to provide invoices as evidence of my Australian earnings in order to be awarded professional status. Equity membership is crucial, not only for your own protection and the welfare of fellow industry brethren, but also to meet other industry membership requirements (such as Actors’ Centre Professional Membership). There’s a ton of discounts and you even get a lovely, slightly ostentatious diary essential for flagging your upcoming auditions to other potential actors on the Tube as well as irritating everyone else. www.equity.org.uk

As well as providing the link between you and the industry through online submissions, Spotlight also hold auditions in their Leicester Square casting suites as well as offer self-tape facilities. A few tips: don’t be scared to join if you aren’t yet represented—it’s perfectly socially acceptable in the UK to be self-represented on your Spotlight profile until you get an agent (and some actors actually choose to remain so, so as to have full access to breakdowns). How do you best showcase yourself visually? The jury is out with regards to what to include with your chosen photographs—some casting directors have told me the more (high-quality) images the better, including commercial shots and film stills, others prefer to stick to the traditional one to four headshots. Most importantly, focus on warmth, life, and depth—the UK shies away from the American and Australian more glossy trends and prefers character-based casting.

Casting Call Pro is useful for less high-profile work and self-submission. Many smaller independent films are advertised as well as regional touring, TIE (theatre in education), corporate videos, fringe theatre, and outdoor theatre festivals, all great ways to build up your credits (note: it can be challenging but not unheard of for casting directors to travel outside of central London for shows). 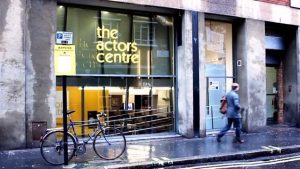 3. Get Yourself a Professional Membership to The Actors Centre

The Actors Centre is absolutely invaluable. Classes range from General (anyone can pay and attend) to Professional (for actors with professional acting credits only—highly recommended). With an exceptional teaching calibre (from Royal Shakespeare Company vets to BBC comedy icons), the Centre also runs ‘first come, first served’ industry one-to-one days with the UK’s top casting directors. There are weekly networking nights, a club café, and a green room continuously inhabited by a rotation of fellow creatives script-writing and line-learning. Additionally, the Centre offers personal career advice upon joining, mentoring opportunities, and rehearsal spaces for hire at members’ discounted rates. Located in the heart of London’s West End, what’s not to love? #NewHome www.actorscentre.co.uk

London loves a tradition and is in many ways still more old-school than the Australian industry (black and white headshots, for example, are slowly being overtaken by colour, but you’ll still find many agencies featuring them). In this spirit, a well-written, hard-copy letter of introduction goes a long way, particularly when you’ve done your research and conveyed your intelligence, passion for the project, and humility. Extra tip from one of London’s leading theatre directors: ask to be seen for one of the smaller, interesting roles in a particular production, as this will set you apart from the majority and show your understanding of the play.

Essentially, whether or not you have an agent, you will need to write, write, write—both when establishing yourself in a mass-mailout and then as regular maintenance. Busy casting directors prefer emails (with links to your material rather than large attachments), while agents differ (some of the larger agents only accept hard-copy submissions—Contacts* will tell you who).

*Contacts 2017: Stage, Film, Television, Radio (£12.99 at the time of publishing this article). Available from larger Waterstones bookstores, Amazon online and industry-specific shops such as Samuel French Bookshop. **Top tip: Trawl Contacts with a fine toothcomb and compile a top 100. Mail out in batches from your wish list, to middle-tier and so forth. Don’t be disheartened if some of your material is returned to you, this is fairly standard. You’ll land one!)

There are several ways by which you can launch yourself in London without needing to complete an additional Masters program or completely re-train merely in order to have an industry showcase. Firstly, through working and inviting industry (fringe, pub theatre, creating your own work) and secondly, through workshops and the Actors Centre Showcase program. Ideally, cast the net wide and get involved in all. Theatre critics and industry do come to fringe theatre—so don’t despair that your efforts will be in vain, and it’s a great opportunity to write to casting agents in order to show “what you’ve been up to lately.” 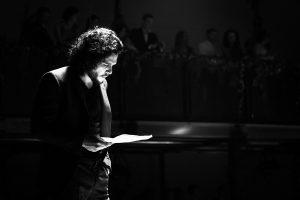 Regardless of your Australian training and experience, you’re competing in a new arena and as a foreigner. You’ll need to introduce yourself to the British industry and also prove that you can subtly and dexterously play British parts. Bearing in mind the number of regional UK dialects, the industry has a deft ear and often takes much convincing that an Australian can blend in to a native speaker’s level. Unlike the US favouring General American for auditions (unless otherwise called for), UK accents are highly stratified (personally I’ve had most success when going into auditions in an English accent and not mentioning that I’m Australian). 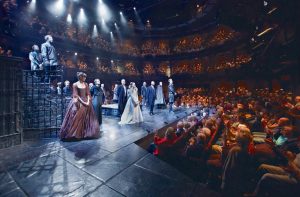 Given that casting today tends towards casting actors in their natural accent, it is unlikely that you will need a perfect Yorkshire or Cornish accent (though it is helpful for playing minor characters at table reads or radio dramas). Unless you only want to be seen for the occasional Australian part, pick the London equivalent of your Australian background and make it your go to­. **Tip: Listen out for this polite lead-in comment as you enter auditions: “Did you have far to travel?” This can be code for “where are you from, what social background, what is your accent, and therefore can you play this part.” Stay general and say you live in central London to avoid limiting yourself!)

Most importantly, watch as much theatre as possible; attend previews and stay for drinks at the bar, and tell directors how much you enjoyed the show; be proactive on social media; get to know the theatre tiers (there is a logical progression to build up your career); and when in doubt . . . write, write, write!

**Top tip: Join The Audience Club for extremely cheap mystery theatre tickets. You’ll get to know theatres all around the city and discover some hidden gems (who you can then write to!). www.theaudience.club.com