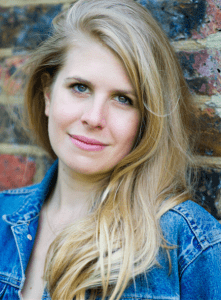 The power of creativity.

“Virginia Woolf when starting out as a young writer described the curse of the phantom woman whose shadow used to watch over her shoulder as she wrote, the phantom insisting that Woolf mustn’t offend, that she shouldn’t let the world know that she had her own mind. Woolf killed that phantom woman with her bare hands. She had to.” – Felicity Wentzel

All artists have their phantom; actors, directors, writers, casting professionals, indeed anyone engaged in the artistic process, must wrestle the voice of fear and doubt in order to create. In such a subjective medium, often tackling life’s heavy-hitting moments, how do we overcome self-doubt to trust inspiration? How can art lend voice to stories that we feel deserve to be told? How can we use humour to heal and unite?

This month, fresh from her sell-out London show The Internationals, rising theatrical star Flic Wentzel shares her 5 Top Tips for creating a one-person show addressing just that. Using her political activist experiences to create a nine character comedy piece, Flic dexterously shape shifts between accents, genders, and ages to tell a story uniting contrasting political perspectives with the “humour and grace” she encountered from people in the midst of political turmoil.

The Internationals is a joyfully disastrous story of political activism gone wrong. Based on her experience living in a mudbrick house with a group of international activists, Flic Wentzel’s one-woman character comedy takes us on a journey as seven activists set up camp in the desert, come to terms with the politics of the communal compost toilet, and dodge rubber bullets. Frustrated with Western privilege, they attempt to turn group “sharing circles” into revolutionary committees.

Sold out in its first three London performances, including the Joy & Dissent Festival of Cultural Activism in Hackney, Fracture Festival of New Writing at the Rosemary Branch Theatre, and in South London for the Lewisham Fringe Festival, The Internationals has already garnered critical acclaim for rising London theatrical star Flic.

**In order to maintain political impartiality, the places, events, and names of all the production team not been included in this article.** 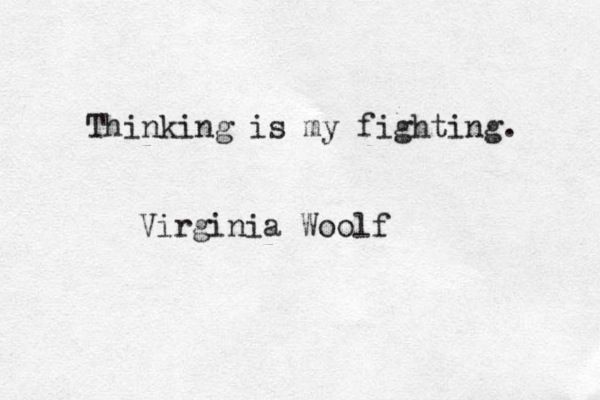 Theatre Angel: Why did you create The Internationals?

Felicity Wentzel: The show was born in a small hostel room after my friend and co-writer, Decca Muldowney, and I had just finished our time in the desert living in mud brick houses and escaping dust storms. We were exhausted, we hadn’t showered for days, and we had come to this hostel to rest. We had time to reflect on our experience and found that although we had seen and experienced an intense and quite troubling situation, in order to process it, we had to see the humour in it. We spent three days in that room writing, and since then I have been working with my director to develop and expand the show for the past nine months or so. The Internationals became a one-woman character comedy channelled from this experience of travelling with a group of activists from around the world (Australia, South Africa, Finland, America, and the UK to name a few!). It follows their adventures as they set up camp and experience “voluntourism-activism” (to travel for two weeks, do some social good, and then go home). But can one change the world in two weeks? It transpires that it’s just not that easy!

TA: How do you keep the subject matter light without turning comedy to drama?

FW: It is a serious subject matter, but it’s not about preaching to people. I wanted to tell the story of the people we encountered in a light way, with humour and with grace. The youth I met while working as an activist were incredibly creative—rappers, writers, cultural activists—because at the end of the day, they have to be in order to cope with the surrounding political situation.

TA: You play nine characters in total, slipping seamlessly between them. How do you manage them, and keep them distinct and alive?

FW: Ha, I am not sure if I can manage them, but I try to! They are all very different characters from different cultures with contrasting perspectives, ways of expressing themselves, objectives, and physical and inner tempos—not to mention widely varying accents. In a way, I have their distinctiveness for free! Although they are all based on real people, the characters have definitely evolved from their original incarnations into what they are today, and are still evolving. The more I get to know them, the more they grow on me and become embedded into me and into my physical framework. “They” say as an actor you have to love your character, and I do love all of mine, so keeping them alive is just part of the joy in getting to play them.

TA: Do you have a favourite?

TA: How do you find the experience of playing male characters?

FW: I love it. Five out of my nine characters are male. It’s sort of like that thing when everyone wants to play the b*tch because it gives them permission to say and do things that they couldn’t in real life. I am sure it is the same for men playing women. You don’t often get the opportunity to play the opposite sex on stage. If you create your own one-person show you have the license to do just that. It’s liberating!

TA: You are a supporter of women’s voices and empowerment. How does this influence your work?

FW: We are an all-female creative team. I am not sure how it would have affected the work had it been different, but what I do know is that the whole process has been playful and open, and with a lot of room to fail and explore with no judgement. This must have been connected to the closeness of our female relationships. I have grown up like so many women, conditioned to “please” or to be “the good girl.” For years, those beliefs have dominated my impulses and affected the amount of space I feel I can dare to take up in in the world as a woman. Doing a one-woman show is the antithesis of that—there is no room to apologise or to be apologetic for your existence. It’s only you on the stage. You have to be bold, to grab and claim that space, and own it with no hesitation, for your audience’s sake. When I perform my show, I feel that I have the right to fill the space with my presence and I don’t dare apologise for it. I think this is important for all women to experience this, whether it be on or off stage, in their private lives, or in the work place. I even have to remind myself to take up a little more space on the busy London tube—if there is any space to take ownership of at all!

TA: What have been some of your concerns throughout the creative process that other artists might struggle with, and what would be your advice to overcome them?

FW: Sometimes little creeps of a doubt emerge during the creative process, or a niggling worry of “will the work offend? Will people not like it? What if there is one person who doesn’t agree with me?” I had to snap out of that because work and theatre that is worth making may well do just that. You can’t please everyone and you can’t make everyone like your opinions, or the work you make, one has to prepare for that. Virginia Woolf, when starting out as a young writer, described the curse of the phantom woman whose shadow used to watch over her shoulder as she wrote, the phantom insisting that Woolf mustn’t offend, that she shouldn’t let the world know that she had her own mind. Woolf killed that phantom woman with her bare hands; she had to, it was an absolute necessity in order for her to create. We all have our own phantom/little voice of doubt that tries to keep us safe and stop us from taking risks, but perhaps we should all follow Woolf’s example, because that phantom woman definitely didn’t resurrect from phantom death to stop Virginia Woolf ever again. Reassuring story, isn’t it? 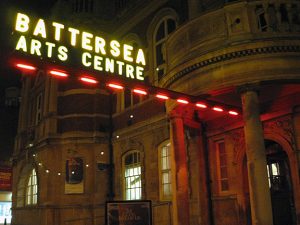 TA: That is absolutely wonderful and so reassuring for artists everywhere! I was very inspired by hearing of how you sought out and recorded surviving women’s experiences in London during WWII, sitting for hours, painstakingly transcribing their memories. How are you using storytelling through London’s Battersea Arts Centre to combine history and performance?

FW: I have been working on a project exploring the heritage, and the many stories and voices that lie embedded in the building’s walls over its 120 year history. I have developed a storytelling tour, which will take people through the building to meet some voices of women who used to work in the building during wartime (WWII) when the building was a Town Hall. Some of them were the first women to work in the building. It has been great focusing on these female voices, and giving them a platform to be heard in the 21st century, especially as history is mostly told from a male perspective. I have now become addicted to collecting female voices.

TA: Lastly, what are your 5 Top Tips for creating a one person show? 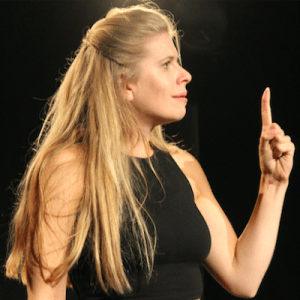 Felicity Wentzel studied a Masters of Acting from Drama Centre London (University of the Arts) and Classical Civilisation (BA with a First from Leeds University). She is a prolific writer and actress, with a particular interest in combining history, story-telling and performance.