Questions & Actors: How Can I Tell If My Kid Really Wants to Act? 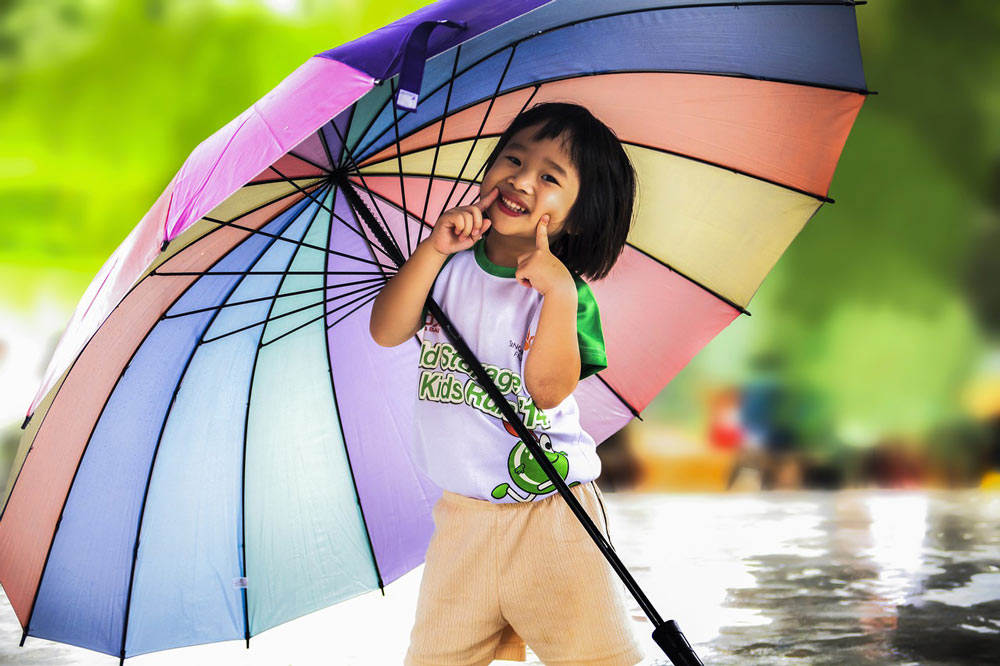 QUESTION: How can you tell if your kid really wants to act or is just going through a phase?

ACTOR: That’s a question I hear from parents all the time, so I spoke with my dear friend, acting coach, speaker, and acclaimed actor, Mike Kimmel, to get some insight into child actors and their childhood dreams. Mike is the author of two scene books geared toward younger actors, Scenes for Teens and Acting Scenes for Kids and Tweens.

Karen Ann Pavlick: Congrats on releasing your second scene book. What made you want to write the first book, Scenes for Teens?

MIKE KIMMEL: I decided to write a scene book for teens when I couldn’t find anything out there I liked. The scenes were either too short, so I would have to add on, or they were filled with bad language. Parents are able to work with their child without covering words up or explaining things they don’t want to explain at this time. I think that has contributed to its success.

KAP: So now you bring us Acting Scenes for Kids and Tweens. Why this book, why now?

MK: It really bothered me that a lot of material out there for the kids is mean-spirited, argumentative, and demeaning. I wanted to create a collection of clean, family-friendly scenes that will give kids a good starting point in acting. Again, they are simple and conversational. There are no props, no costumes, no entrances, no exits, no complicated stage directions, no extraneous characters, and no bad language. I wanted to write a clear, uncluttered, easy to follow book of scenes that kids could pick up and use immediately.

KAP: You also mentioned that the book can be used as a tool for parents. Can you explain that?

MK: Sure. I wanted this book to be a valuable tool to help young kids get started if they have the inclination and also help them find something else if they decide acting is not the right path for them. Some kids like to try acting for a short time, and then lose interest after a few months. This makes the book a valuable tool for parents as well in helping identify early on whether their child may want to go further in the acting business. It could save parents thousands of dollars in classes and pictures if their child just doesn’t enjoy the process of memorizing lines and rehearsing scenes.

KAP: That makes sense, as I know kids are always changing what they want to be when they “grow up.” I noticed that besides the scenes being accessible to younger actors, they also hold messages about things like smoking, dating, and texting. Why did you want to add that element?

MK: I wanted to do a mixture of comedy and dramatic scenes that were simple, yet conversational, with underlying messages in a world where teens today face many challenges, and to let them know they are not alone. I wanted to give young actors a little dose of self-help material to help them deal with peer pressure as well. If young actors are voicing positive messages within the context of these scenes—and speaking them out of their own mouths—they will be less resistant to them.

KAP: Kids grow up so fast; it would be nice to see kids being kids as long as they can. What do you do when a kid wants to do a scene that you don’t feel is appropriate?

MK: Well, that’s exactly why I wrote these two scene books. It bothered me that I couldn’t find scenes that were age appropriate without having bad language and scenes that brought up subjects that were not kid friendly.

MK: Most of all, I wanted to write the kind of fun, lively book I wish someone had given me for a birthday present when I was a kid. I also wanted to simplify and demystify the process as best I could for young people, their parents, and teachers. When I was a kid I would have really benefitted from a book like this. I couldn’t find a good starting point in acting when I was a youngster, and my parents didn’t know anyone in the industry to guide us. There were no acting classes for kids in my area at that time. For all these reasons, I never got started until years later.

KAP: Thank you Mike. I am a big fan of yours and wish you continual success! 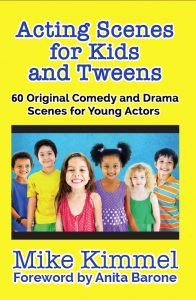 Mike Kimmel is a film, television, stage, and commercial actor and acting coach, with a B.A. from Brandeis University and an M.A. from California State University. TV credits include Game of Silence, Zoo, Treme, In Plain Sight, Cold Case, Breakout Kings, Memphis Beat, and Buffy the Vampire Slayer, as well as performing in numerous segments for The Tonight Show with Jay Leno over the course of its 11-year run. On-stage, he has appeared in dozens of theatrical plays on both coasts. As an educator and lecturer, he has taught at Upper Iowa University, University of New Orleans, University of Phoenix, and in both the Los Angeles and Beverly Hills School Districts. He was the 2014 recipient of the ‘Excellence in Teaching Award’ from Upper Iowa University.

To get a copy of Scenes for Teens or Acting Scenes for Kids and Tweens and learn more about Mike Kimmel go to www.amazon.com/author/mikekimmel and www.mikekimmelauthor.com.