L.A. Survival Guide: Why You Should Take a Creative Sabbatical 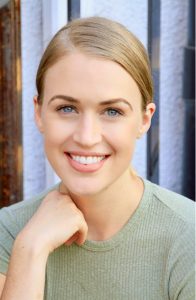 A few months back, I came quite close to booking a job that I had become very attached to. When I found out that in fact I had not booked the job, instead of my usual ‘ugh that sucks, forget about it three minutes later’ routine, this one stung. I tried to brush it off and continue on but a couple of hours later when I found myself crying into a plate of fries sending dramatic texts in caps to my friends like ‘I CAN’T KEEP DOING THIS,’ I realised I might be a little upset about this one.

So of course, I did what I always do in times of crisis. I attempted to develop a plan to cope with what was sure to be a really pathetic, carb filled few days ahead. I considered joining a new acting class, getting private coaching, writing a new script but honestly, one overwhelming feeling resounded – I felt really tired.

I didn’t want to game plan or strategize or do anything acting related. In fact, I didn’t want to feel pressured to do anything creative. I thought about this and something struck me. I knew that my reaction to not booking a job meant something was wrong and the fact that continuing with a creative routine seemed nothing short of utterly depressing, that I might need to do something really drastic – I might need to take an actual break.

So, what would happen if I just took a break from everything for a few days?What if I just didn’t think about acting and sat on my couch? Five days in, my body and the couch surely now permanently melded together, would I decide to never leave my apartment ever again? Would Netflix eventually send representatives to my apartment to demand that I stop watching and get my life together?

Well, I was about to find out! So, I decided to do something really bold.
I was going to do absolutely nothing.

Now, listen I get it, this may not sound especially brilliant as far as plans go but I struggle a lot with doing nothing so for me, this was big. So, instead of my usual wake up, pick up laptop, write, send emails, learn scripts, strategize life, hours long routine instead I woke up and did nothing. Well I watched a lot of Netflix. Oh, and Hulu. And I used my friends Amazon account. Five days in and beginning to think I should probably start adulting again, I noticed something.

I felt a lot better.

Yes, sure, any person who had spent five days watching scary movies from the 90’s (my utopia), only mentally straining to consider whether Neve Campbell’s acting career was going to make an official come back, is going to feel pretty great almost a week in but I felt great for a different reason.

I had taken a break from every thing that consumes your brain space when you’re an actor from another country living in LA to pursue an acting career. After five days, I resumed my usual creative routine and I felt a certain lightness that I hadn’t expected, suddenly things did not seem so dramatic or serious. The break I had taken had allowed me to return to my creative life in a much more positive light. I reflected on this and thought about how interesting it was that such a short mental break had made such a big difference to my headspace. As I reflected on what I now refer to as my ‘creative sabbatical’ (some might call it an unemployed haze but I like my description better), I realised that actors have a lot to learn from taking breaks and taking the pressure off ourselves and that allowing distance between yourself and your creative goals can be a very useful and important exploration.

Here are some of the things I learnt from my creative sabbatical. I hope my exploration fills you with positivity, reminds you to be kind to yourself and allows you to consider taking a creative break when you need it, only to return filled with the joy and love that led you to pursue your dream in the first place.

‘The days run away like wild horses over the hills.’
– Charles Bukowiski

GET YOUR PERSPECTIVE BACK

Living in LA, in an environment where so many people act and work in the industry, it can be easy to lose perspective on what is really important.

I believe perspective for an actor is especially vital given that the pursuit of an acting career can be a self involved and lonely journey. Perspective gives us the ability to reflect on our lives and to gain a very necessary distance from the daily bubble we live in. For me gaining perspective from my life can be achieved in a few ways, if I practice gratitude for all the good things in my life, perspective on my life will largely follow. I have also often found that travel is an excellent way to take an obvious break but also to gain perspective and distance from our daily lives. Even just a short break by travelling to a close destination helps you feel refreshed and to see your own circumstance and creativity more clearly. However, it is not always possible to travel yet, there are plenty of ways to take a break so we can gain perspective and find our way back to our personal creativity by simply exploring new things. It might sound trite but any creative person should invest time in igniting their imagination by going to museums, reading books, seeing theatre and going to see foreign films. Anything that allows you to see the world through a different lense will ignite your imagination and give you the perspective required to return to your creative goals with renewed vigor.

I have long said that I would stop acting when it stopped being fun.

This might be idealistic and certainly there are exhausting periods where I would not describe my relationship to acting as fun. But in the end the part where I actually get to act is always a lot of fun. It is the other parts that can be dull and difficult. Yet, most people pursuing a career in the arts are likely following a childhood dream. You might have put on plays as a child; played dress ups or spent hours imagining yourself on the screen in your favorite film. If you are pursuing a long time dream in a creative field, then this pursuit was born from a simple love and joy. But at some point, as with many careers, the simplicity of following a childhood dream becomes tangled with uncertainty and a litany of concerns. We worry if we have the right representation, are auditioning enough, doing enough, even good enough and our childhood dreams quickly becomes an endless list of doubts. All of this uncertainty and questioning can lead to a creative burn out.

If you find yourself wanting to get off this exhausting treadmill, maybe you should. Taking a break from the pressure of pursuing your goals can actually bring you back to the love you had as a child. Arriving at the destination is simply not worthwhile if you are unable to enjoy the journey.

CREATING DISTANCE BETWEEN YOURSELF AND THE WORK

Ever watch a self-tape and felt utterly sick by your own performance, only to discover it six months later on your laptop and think it’s totally fine?

When I write, I take a few days away and then go back to the material and reread it. I have found that I am only really able to judge my work when I have some distance from it. The relationship between yourself and the work is often incredibly complicated. There is a reason so many successful actors do not watch themselves on screen. Anytime you view anything you created, the process is hindered by your own complicated relationship with yourself. It is very difficult to watch your audition or read something you wrote without hearing the critical voice that lives in your head.

Just like taking a break from creativity, taking a step back from your own work and allowing time to create a distance between yourself and the work will help you to see things in a more positive light and to honestly reflect on the quality of your work.

BACK WITH A REVENGE

It becomes evident very quickly living in LA as an actor that to survive and succeed in a highly competitive town filled with talent, you require a thick skin and a strong work ethic. I believe that hard work will always set you apart and that a combination of this and talent will prevail in the end.

An understanding of what LA requires instills a mindset of resilience that although useful in LA, does not always lend itself to considering taking breaks and allowing yourself some distance from your work. After my five day sabbatical, I returned to business as usual but with a newly found valor. I had gained enough perspective to realise I had just faced a small set back and I was struck by how much better I felt. We often place a lot of pressure on ourselves to achieve certain goals and to work unrelenting towards these. This attitude is useful for an actor and affords us an all-important resilience yet it can become very difficult to continually meet the high standards we so often set for ourselves. My short break reminded me that I needed to set goals and expectations of myself based on principles of self love and respect, not out of an impossible standard of perfection that I will simply never achieve.

I believe being an actor is about being an empathic and curious human being, yet maintaining a sense of genuine curiosity means exploration. It means enjoying life, travelling and being able to see the world from many different perspectives. Sometimes it means lying on your couch for days and doing very little. My short creative break reminded me to follow the fun; it reminded me of why I enjoy acting and why I want to act. If you are finding yourself tired, burnt out or overwhelmed by the pursuit of your goals, I recommend you allow yourself time off to take a break and be kind to yourself, may you return happier, lighter and filled with a spirit of exploration and fun.

Miranda O’Hare is an Australian actress and writer living in LA. Her recent credits include playing the lead female role in Australian feature film Indigo Lake, the film released cinematically in Australia and also took Miranda to the 2017 Cannes Film Festival where the film was screened. She plays Galatea in Age of the Living Dead, currently on Foxtel in Asia and soon to be released in the US, along with her US horror thriller feature film debut in Coven playing one of four female leads. Currently, Miranda is shooting series Killing The Cure, playing the female lead Adrianna. The series shot all over the world, including Mauritius, London and The States and set for release in 2019.