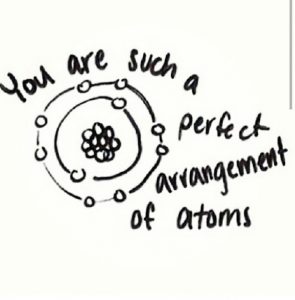 Hello, you arrangement of atoms, you.

“The challenge that most actors face is learning to live their life without a sense of certainty.”

A few years ago, I was the maid of honour at a friends wedding. At the wedding reception, as part of the bridal party, I was introduced to the wedding guests—a huge room filled with close to 200 people. Afterwards, I went and sat down and a friend came over to speak to me. She told me she was surprised after watching me be introduced to the room that I seemed shy and somewhat uncomfortable with the attention. I told her that I often felt shy and found such a huge room filled with people looking at me intimidating. She responded, “But you’re an actor. Isn’t that the point?”

Well, yes and no. And I guess yes.

That conversation struck me for many reasons, most strongly because it was assumed that because I am an actor I am always confident, always looking to speak publicly, that I love attention, and I don’t get nervous.

Here’s the thing about that: none of it is true.

I often think of that conversation because to me, it highlights a gap between how actors are seen and how they actually are. It does make me wonder if misconceptions about actors make it more difficult for actors to discuss mental health issues, that an assumption that actors are wildly brave, extroverted people, means they may feel uncomfortable admitting they might suffer from depression or anxiety; especially when it is widely believed that creative people are more likely to suffer from mental illnesses.

I find it hard to imagine that any person pursuing a professional career in a field of creativity would not suffer from anxiety from time to time. Anxiety largely comes from a desire to gain control within your life, to have stability. The challenge most actors face is learning to live their life without a sense of certainty.

Anxiety can take many forms and have varying degrees of severity. Personally, I have experienced anxiety. I didn’t struggle in social situations or going to castings, but I have definitely had times in my life where my ability to breeze through the day was hindered by an underlying sense of panic. So whilst I don’t profess to be any kind of expert or medical professional, here are some tips and tricks I learnt that helped me to manage and continue living my life to the fullest any time I might experience anxiety.

First things first, you have to exercise. I think this is fairly obvious advice but often underrated. Exercise improves cognitive function and releases serotonin. Serotonin is a chemical that once released into your brain not only increases happiness levels, but also acts as a natural painkiller. Exercise is encouraged for any treatment plan for anxiety, so aim to do it a few times a week. Any kind of exercise is fine, as long as you enjoy it. I live near a park and I love running, so that’s the exercise I do. Do what makes you happy. 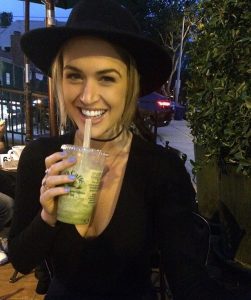 I can’t even believe I’m writing this. I’m literally drinking a decaf latte as I type this, and whilst the look of distain the barista gave me when I ordered was evident (I also ordered it with soy milk, so basically I’m a monster), reducing or in my case completely stopping your caffeine intake may help a lot in managing anxiety. Same goes for alcohol. Ever felt like you were going to have a panic attack when you were hungover? Well, that’s because alcohol changes levels of serotonin and other neurotransmitters in the brain, which can worsen anxiety. I’m not saying you need to stop drinking alcohol altogether, but reducing your intake will definitely help.

I try to be aware of the content I watch and read—this includes news, film, television, and music. I think actors are largely emotionally intelligent and sensitive people, and if you feel that way too, the content you allow yourself to view can have a big impact on your mood and thought process. If you are feeling anxious or overwhelmed, try to keep the music you listen to upbeat, and be aware of watching a series or film that might distress you. Content is narrative and that can become the narrative of your day; in order to stay positive and on track, you might need to keep it light.

So you were terrible at all three of your castings this week. Your agent fired you. You put on weight. You paid $800 for crap headshots. Okay, that sucks. Oh my god, it’s the worst. But you are still great. It doesn’t matter. It won’t in six months, and it won’t end your career. Acting is not everything; your friends, your family, your health—that is the most important thing.

I think for a lot of us, self-love is a constant challenge, but ultimately our most worthy pursuit. Dealing with uncertainty and pressure as an actor can be difficult; it requires a certain kind of personal strength to continue pursuing something when its outcomes can often involve rejection. So for actors, I think it’s even more important to love yourself. I can’t say what this process will mean exactly for you and your life—it could be something simple like meditating for ten minutes every morning and finding a positive self affirmation that you say to yourself. But whatever you choose, its important to try to implement it into your life and practise it every day if you can.

YOU ARE DOING SO GREAT

Writer Elizabeth Gilbert wrote of the notion of fearlessness as a foolish pursuit, that in fact the way around fear is to embrace it. “You don’t want to get rid of your fear; you need it to keep you alive.” So if this is true, our anxiety and fear can become an asset and in some way a life force. I see anxiety or personal fear as a desire to be better, to do well, to be the best version of yourself. That’s a good thing in many ways, as long as we use that to drive us and not as a way to judge and criticise ourselves.

Actors can become so caught up in booking work that it can become a measurement of success. The truth is booking that job won’t make you happy in the long term. But being happy with yourself will.

Love yourself, you are doing so great.

Miranda O’Hare is an Australian actress and writer living in LA.Her recent credits include playing the lead role of Ruby in Australian feature film Indigo Lake, set for cinematic release in March 2017. She also plays Jax, one of four female leads in US horror/thriller film Coven also to be released later this year. Miranda is currently shooting series Killing The Cure, playing the female lead Adrianna. The series shot all over the world, including Africa, China, London and the States and set for release in 2018.