Four UK Based Actors Share Their Journey About Starting Out

This month we got up close and personal with four very talented, but also all round lovely actors, based in the UK who you’ve probably seen in films, on television, and treading the boards at various extraordinary theatres in and around London. Our aim was to find out exactly how they got started in the acting game, and what they do now to keep going week after week. 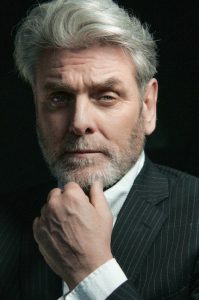 You might have seen Mitch appear in Richard Curtis’ ABOUT TIME, or The INFILTRATOR, FILTH or TV like UTOPIA, THE INTERCEPTOR or ABSENTIA…he has so many television and film credits. Or perhaps you saw him recently in DEATH OF A SALESMAN as it’s been travelling around the UK on a Number 1 tour. Either way, Mitch is a very established actor who pops up in just about everything – and right now a short film he starred in, Falsified, is hitting the festival circuit with a bang. When Mitch is not busy filming, treading the boards or voicing games, he teaches at the London branch of Anthony Meindl’s Actors Workshop. You can even catch Mitch right now in the West End, as Dr Klein in Sean Mathias’s THE EXORCIST until March of 2018.

Here we got to ask Mitch how he makes it happen.

How did you get started as an actor: Doing theatre. I started doing “community theatre” (American am dram) and then started auditioning for professional theatre by my late 20’s. After some time, Malcolm Gladwell’s “10,000 hour” rule started to kick in for me. I wasn’t very good but I somehow never let that stop me!

How do you keep going, when it’s tough or when it’s quiet: I try to look at “resting” periods in my acting life as opportunities for leaning into ways to go deeper into my personal development. I try to use the time to work on my physical fitness, my writing, maintaining my relationships and finding ways to give to others. I find that if I can successfully detach from waiting for the next job, it often appears without me trying to control my “career”. I’m also lucky enough to teach acting at the London branch of Anthony Meindl’s Actors Workshop, which gives me a powerful sense of community, connection and context in this big crazy world! 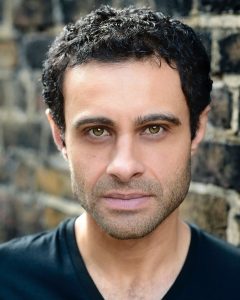 Rez was one of the leads in a fantastic British feature AMAR, AKBAR AND TONY (on Netflix), and most recently could be seen on tour with COMBUSTION. Rez is always working on something and has had a continuous, varied and impressive career working alongside some of the best directors and actors in the business. Since graduating from the prestigious, Rose Bruford College, he has appeared in critically acclaimed movies such as Merchant Ivory’s MYSTIC MASSEUR, Hanif Kureishi’s MY SON THE FANATIC, BBC Film’s BROTHERS IN TROUBLE (Om Puri), multi award winning films I CAN’T THINK STRAIGHT, and Universal Pictures’ THE MUMMY. And we love that it all started when Rez was just 12 years old.

How did you get started as an actor: I was 12, and my best mate at school’s dad had recently bought a home video camera. If you’ve seen the movie Son of Rambow then you’ve a fairly good idea of how it all started for me – but instead of Rambo me and my best mate made our own version of an Indiana Jones film. We spent our pocket money and summer vacation writing the script, building props and sets as well as roping in our friends to be in it. It was not only hugely fun, informative and educational but set me up for what it would be like to actually work professionally in the industry. I had “the bug” as they say and I knew then this is what I wanted to do as a career.

How do you keep going, when it’s tough or when it’s quiet: Having a great supportive network around you is really important. I wanna take this opportunity to thank everyone who has ever supported me, guided me and continued to believe in me – I honestly could not have done it without you! Not only are your network there to pick you up when you’re down but my friends are amazing in helping each other on to projects – passing on details of up coming projects for us to follow up etc. When one isn’t working on a project we are out there looking for projects – that in itself is a huge part of what we do. You can’t sit around waiting for someone to call you. Get out there meet your friends, go to the theatre, watch movies, get out to events and meet people – We work in an industry that does a lot to support each other and theres nothing like meeting fellow actors to feel geed-up and ready to get your next job, even if its a group of you who’ve decided to work together to create your own work – it gets noticed and your not at around procrastinating but actually practicing and honing your craft and keeping sharp. 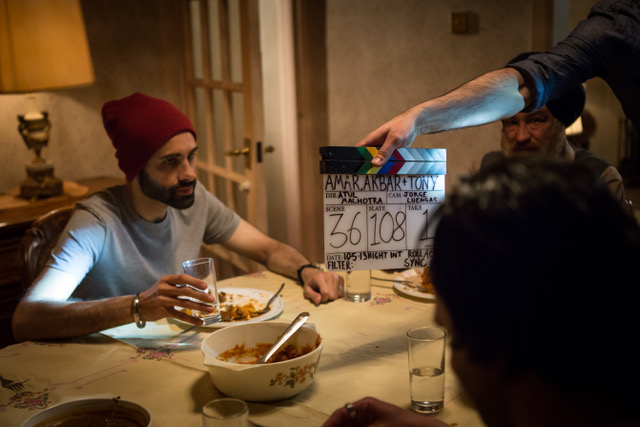 Rez Kempton on set in Amar, Akbar and Tony 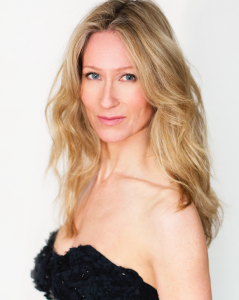 Angela recently shook the British audience with her role as a mum on a mission in NEVER LET GO, by Howard J Ford. You can currently see it on Netflix. Her performance earned her a Best Actress at the Artemis, and Women in Action Film Festival in LA. Shot in Morocco, Spain, US and the UK, NEVER LET GO also stars BAFTA award-winning actress Lisa Eichborn, Nigel Whitmey, Velibor Topic and Heather Peace. Angela has also just wrapped on a sci-fi action feature film BLACK SITE by Tom Paton where she plays the sarcastic, no messing head of an Alien deportation unit, and soon you’ll see her in HOMELESS ASHES, alongside Jason Flemyng. As the critics say, she really is a towering tour de force.

How did you get started as an actor: I had always wanted to be an actor – I think I was born that way. But I didn’t really think it could ever be more than a dream. When I was 16 I studied drama at college. On the curriculum was “An Actor Prepares” by Stanislavsky – it changed my world. It taught me that acting was a craft. It gave me a tangible technique that worked and it turned this pipe dream of mine into a reality. I followed by doing a BA in Drama & English, a post-graduate diploma in acting at drama school and I spent 8 years doing one to one screen acting tutorials with the late Stefan Griff.

How do you keep going, when it’s tough or when it’s quiet: The most difficult things about being an actor are the continual rejection and trying to make a living in the lean times in a way that doesn’t destroy you. A casting director once said to me that if an actor isn’t confident when they walk in the room that she can’t cast them. The problem is how do you remain confident when you are continually hearing NO? After 7 years of doing temp jobs that robbed me of my soul and underused my intelligence I made a promise to myself that I would only earn a living, when I wasn’t acting, out of things that fitted with who I was as a person. I built a portfolio of work that I loved, gave me a sense of self-worth and that paid well. I trained as a yoga teacher and an executive coach and now, alongside my acting career, I teach and work as an actor/facilitator, improvising and coaching in business helping people to understand themselves and relate to others better. The work is so satisfying, I am using my acting skills, my intellect and meeting people from all walks of life and nationalities. The worst thing an actor can do is hide themselves away and expect to either get work or grow as an artist. We need to be out there accruing experiences that can feed our next role whenever it comes. 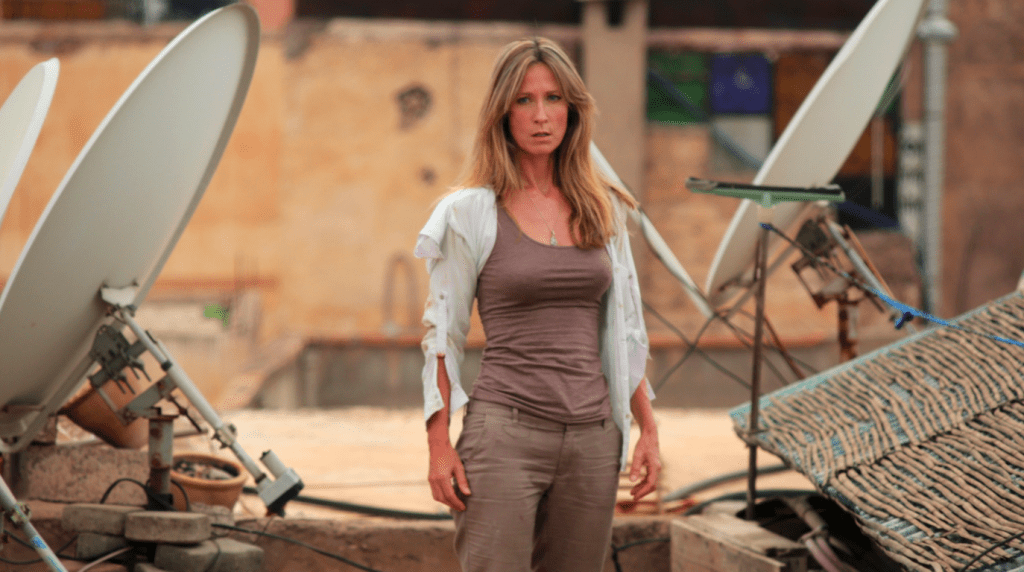 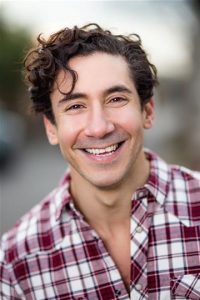 A brilliant and versatile actor who can speak seven languages (amazing right!) Walles has recently appeared in FANTASTIC BEASTS AND WHERE TO FIND THEM, TRANSFORMERS: THE LAST KNIGHT, and MISSION IMPOSSIBLE: ROGUE NATION. Walles is a London-based multi-lingual actor and voice artist. When he’s not on set, he can be found inventing crazy Swiss ball balances or hanging upside down at the gym – no really! – and you can even get a sneaky look at that craziness on his twitter, @WheresWalles.

How did you get started as an actor: I got started as an actor mostly as a result of a series of fortunate incidents. I had just retired from a competitive figure skating career after an injury and was at a crossroads. I started doing some sports modeling, which lead to me being featured on a TV show and making friends with an actor who introduced me to her agent, who then took me on as a client…and it all snowballed from there! I had never envisioned acting as a career, but I was hooked as soon as I got in front of the camera. And as difficult as it was to say goodbye to skating…it was equally as amazing to find a new passion in life.

How do you keep going, when it’s tough or when it’s quiet:

1) Exercise. It may seem unrelated…but keeping myself physically active everyday, keeps me from wallowing in negativity, focuses my energy and reinvigorates me when I’m down. In a career where no two days are the same, I use the gym as my office…somewhere I have to go everyday and put in a few hours…it adds structure and routine within an otherwise chaotic world.

2) Peers. I am very grateful for my acting friends – we all celebrate in each other’s successes and commiserate when we’re down. Having people you can turn to when things get hard – especially people who *get it* – is so important. This job can feel like the loneliest in the world at times. So surround yourself with like-minded actors who raise you up rather than put you down.

3) Taking stock. Every once in awhile, it’s worth going back over your CV, your reviews, your self-tapes, random tweets from fans…just to remind yourself how far you’ve come. Our insatiable ambition often dictates that we always look to the future. But looking back and recognizing how much you’ve achieved can be an incredible spirit-booster, and just the pick-me-up you need to keep at it.

Walles Hamonde in Fantastic Beasts and Where to Find Them.

So there you have it! When the going gets tough, the tough actors just keep on trucking. We were delighted to have them tell us about their experiences. And now we want to hear from you. How do you keep going when times are tough or auditions are a bit quiet? What do you do to keep pursuing your passion and never give up?