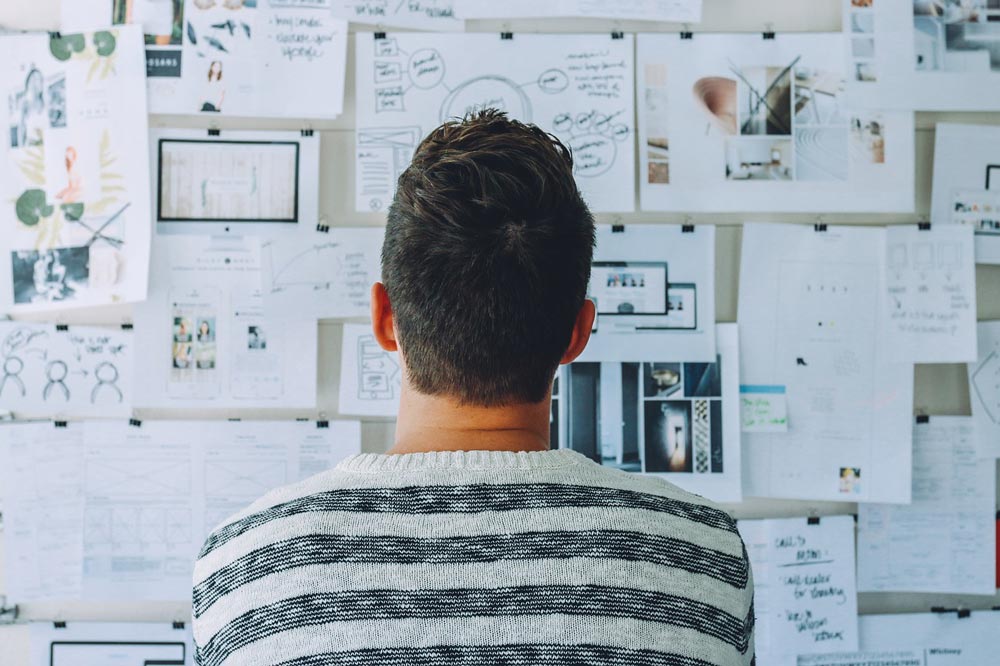 Many, if not all, actors have a story about when or how they decided to dive into acting. I’d expect that every actor can easily name their dreams and goals for their career. It might be star in a film with so-and-so celebrity, win this-or-that award, or be a lead in a blockbuster feature or series regular on a network show. Usually, and understandably so, a commercial goal doesn’t make the big list. People don’t typically decide to pursue acting as a career to book commercials, but most will agree it makes a great day job. A really great day job. When pressed, the commercial goals may have something to do with national network commercials, LOTS of national network commercials, or to be the next FLO or “Most Interesting Man in the Universe.” I love the big goals. You certainly don’t want to be caught aiming too low. But there’s a danger in having the big daddy goals without the incremental ones that will get you there.

Commercial actors should never neglect to set the small goals.

I’d love to simply list what your small goals should be. You could simply adopt them and our work here would be done. But, as we know all too well, there is no one path to commercial success and therefore, no set group of goals.

I’d suggest working backwards. Whether you want to book one or 15 national network commercials, or 500 as a spokesperson, there are some things that need to be in order. It’s pretty easy to believe you will need a good commercial agent to bring this to fruition. I agree.

REPRESENTATION BY A FANTASTIC COMMERCIAL AGENT is a good goal, but even that seemingly basic goal isn’t black and white, and certainly isn’t small. This will definitely require research and talking with people “in the know.” It will likely require time and possibly being represented by several different agents before getting to the big, perfect, experienced, and influential agent who totally gets you . . . if there is such a thing.

But what happens before (or after, frankly) getting a fabulous agent? GET A BRILLIANT HEADSHOT FOR EACH OF YOUR COMMERCIAL TYPES. No matter how fabulous your agent is, you need an amazing set of commercial headshots with which they can sell you. When your agent pitches you for a commercial, they do it with a headshot, and if it isn’t perfectly on point, the chances of getting a YES are significantly less, even when they lead with, “this is a terrible headshot, they are getting new ones.”

Before the brilliant headshots? IDENTIFY YOUR COMMERCIAL TYPES by watching commercials and lots of them. When you watch them religiously and obsessively, you can pick up wardrobe ideas, what you might want to do with your hair, whether you should have facial hair, and frankly the best piece of information: knowing the commercial types that are consistently cast.

What else besides headshots? MAKE SURE YOUR RESUME IS UP TO PAR. Hopefully it isn’t a surprise that your resume is so important for a commercial career, but if it is, you heard it here first. And do it.

Your resume is really important.

What if your resume is a little bleak? GET COMMERCIAL/IMPROV/ACTING/COMEDY TRAINING. Beef up your theatrical credits—WORK ON INDIE, STUDENT, DIRECTORS’ REEL PROJECTS. SHARPEN SOME OFTEN ASKED FOR SPECIAL SKILLS for which you are currently just mediocre.

What are commonly asked for skills? (Do you see how this working backwards thing works in making small/specific goals?) READ AS MANY COMMERCIAL BREAKDOWNS AS YOU CAN GET YOUR HANDS ON. The Casting Billboard section on Casting Networks is a great place to start, and make sure you view all projects instead of only ones filtered to fit you.

I really feel like I could list small and specific commercial goals endlessly, and I’m sure you can too. Just keep working backwards (and to ALL sides) of your great big commercial goal.

Here are a few more off the top of my head:

DISCLAIMER: this is not a complete list . . . but it’s a good start to get you on your way.

‘Tis the “New Years” season to be making goals. Finding your path to massive commercial success is an interesting challenge. The commercial is a rewarding and sometimes ridiculous beast that isn’t tamed and conquered by chance. Map it out and methodically make and accomplish the goals that will get you there.