Tension is the enemy of the actor! The tight jaw, rock hard neck and shoulders, restricted breath, locked knees. Ugh! It makes me feel awful just thinking about it. We are all prone to it though, consciously or subconsciously, and it can seriously diminish our work, slowing us down, restricting our impulses and just feeling plain awful! As actors we must have the body as free as possible, we are a conduit and the thunderous roar of our creativity and art has to be able to flow freely and wholeheartedly.

The best way to release the tension is to call it out and acknowledge it so your instrument can flow freely! A kick-ass, heart pounding workout helps too, provided you’re paying attention to the correct areas and appropriate exercises for an actors body. 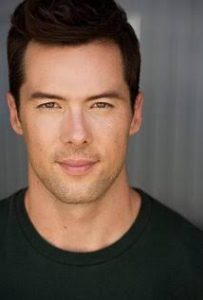 This month I spoke to Dustyn Gulledge. This guy knows something about working under pressure and the threat of tension. After graduating from the ART program at Harvard with a Master of Fine Arts in Acting, he originated the role of Dino Tortoricci in the original production of Norah Ephron’s Tony winning Broadway play Lucky Guy opposite Tom Hanks. After that killer debut, he appeared on major network shows including HBO’s Silicon Valley, Persons of Interest for CBS and ABC’s Forever. Coming up next is his portrayal of ‘The Joker’ in the film Knightmare and he doesn’t seem to be stopping with a number of projects in the pipeline.

Dustyn answered a few questions and put together an awesome workout for us that will strengthen, tone and open your body. Knocking out any tension so you can let that thunder of creativity roll on out!

If you wanna know more about Dustyn and his incredible career, you can check out his website and Facebook page.

Hope the next month is tension free and full of fun, success and the loud roar of your artistic voice. And don’t forget to breathe, move and react!