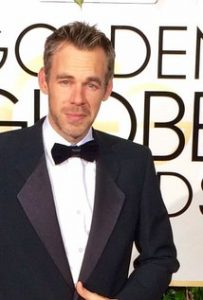 Tim Burke is set to make the biggest independent film of all time, Planet X: Gold of the Gods.

If Hollywood loves anything more than a box office success, it’s the emerging filmmakers who deliver the large-scale extravaganzas. In fact, a recent article in The Hollywood Reporter looked at the strategy of using highly creative first-time directors to helm their big budget blockbusters.

The studios’ faith in the rising helmer continues to be evident with the recent success of Gareth Edward’s Godzilla and Colin Trevorrow’s Jurassic World, both breaking the box office with record figures, the latter taking in a monstrous $1.5 billion USD—pun intended.

In June 2016, Sony Pictures and Marvel Studios hired Jon Watts to take over their beloved Spider-Man franchise on the strength of his minimalist thriller Cop Car, which was shot on the modest budget of $800,000 USD.

The Academy of Motion Picture Arts and Sciences also applauds the genius of their debut peers by providing 21 Oscar nominations for films made by first time directors, including Citizen Kane, Easy Rider, The Matrix, Mad Max, American Beauty, and Chicago, all of which received multiple Academy Awards.

I recently sat down with Timothy E. Burke, the co-director and writer of Planet X: Gold of the Gods, and the Oscar tipped musical The Player’s Club, to discuss this topic from a director’s perspective. Burke, who is an experienced indie film and television producer, writer, and director will be working together with an established, studio level co-director to manifest both projects, with the former referred to as “Star Wars on steroids” and promises to be one of the most lavish independent science fiction films of all time, with Australia on the list of prospective locations.

Alixandra: What do you contribute to the success of the first time director?

Tim Burke: Well, not every first-time director is a success; I am sure there are some that would never like to set foot out in public again. But the films we have discussed here are prime examples of what passionate visionaries of their subject matter can achieve. Also, most of these projects were written and directed by the same person, like Colin Trevorrow’s Jurassic World for instance, and personally, I feel the best films always are. The writer who directs their own material has the best vision and flair for the project because they are able to visualize it during the timely writing process, and often recreate that vision with concept artists. In fact, I believe aside from having a greater understanding of the project because they created the narrative, the first-time director is more determined to not only make their film successful, but gain credibility in the industry, [so much so] that they end up developing and researching the project in great depths—perhaps greater than an established director coming on board and between other film projects. It’s this motivation to flourish with their own material that can really help create much more in-depth characters and storylines, both conceptually and visually. Most of the time you also start with your favourite material, the material that excites you the most and which you feel you can deliver best. 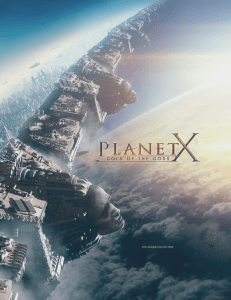 A: So you immerse yourself in the subject matter?

TB: Absolutely. In the many years, I’ve been developing The Players’ Club, I must have read every biography ever written on Mark Pickford and Douglas Fairbanks, including every dinner guest they had over at Fairford’s mansion, from George Shaw to Elinor Glyn.

As for Planet X, I think I’ve watched every UFO and ancient alien program going on YouTube. Science fiction has always been a fascination of mine, [in] particular the UFO phenomena, and my in-depth knowledge of the subject matter even inspired me to write a World Of Warcraft-style game for Planet X (“WorldofPlanetX”), [complete with] with its own mythology, history, and economies, [plus] dozens of alien races, houses, and species similar to the world created in The Lord of Rings Trilogy. (laughs) Frankly, there isn’t anyone more qualified about the subject matter of these two films than myself. My passion for both screenplays and the Planet X ecosystem is so active that my knowledge and vision has become second nature. I have always believed that belief and imagination manifest reality, and in the case of the first time big budget director, I truly believe this. The beauty about space-based science fiction is that your imagination is the only limitation, and is fuelled by years of detailed development creating 80% of the film before the camera even starts rolling. For instance, since I began creating Planet X several years ago, I’ve scouted all the alien landscapes on Earth, designed the liquid and interactive clothing, created the conceptual art, storyboards, and we’ve even commenced building the alien environments with the special effect companies, and we are yet to step one foot on set.

A: But does this make you perfect to direct? Define perfect!

TB: (laughs) Firstly, it is this attention to detail and meticulous planning down to the final frame that made Stanley Kubrick one of the greatest directors of all time. He was the master of creating his work during the development and pre-production phase. And secondly, you are only as good as the people you surround yourself with. It’s a team effort, and having been the Creative Director of the Moviefund—the no.1 movie investment site on Google—for many years, I have been lucky enough to have an extensive network of movie and studio contacts and investors, and have spent years on film sets learning the craft from every angle. On Planet X and The Players’ Club, we have a team of the very top tier film professionals. Composer and Executive Producer Robert Folk is not only a loyal and avid supporter, but has composed and conducted the musical scores for over 70 motion picture films, and has contributed numerous songs for his studio level films, including the Police Academy movies, The NeverEnding Story, Ace Ventura: When Nature Calls, and Loaded Weapon. Rob, who has a Doctorate from the famed Julliard School in NYC (where, prior to arriving in Los Angeles, he was also a faculty member), is an enormous asset to both projects and a very close professional confidante. He has been an admirably prominent member of the Hollywood film community for a long time, and I am thrilled to have him scoring both films, as well as writing the musical portion of the songs for The Players’ Club. Robert will also be drawing upon his own colossal database of film professionals and key relationships to further enhance our team as we move forward on both of these projects.

Philip Spilker is another Executive Producer, who has spent decades producing commercials and top music videos, and developing the Planet X TV series based on the movie. Bradley Rose, also an Executive Producer of ours, is a prominent attorney and funding consultant with years of experience. Personally, I have executive produced Antibirth, starring Oscar nominated Chloë Sevigny, and David Lynch’s A Fall From Grace, with Forrest Whitaker and Tim Roth, and dealt with hundreds of movies and producers via MovieFund. I’ve also surrounded myself with the very best SFX teams in Hollywood who have worked on The Avengers, Avatar, Ironman, and many others to ensure the visual of Planet X are of the highest calibre.

Ultimately, like most filmmakers, my work is a labor of love – a passion which is first and foremost and it would be disenchanting to have to hand it over to someone else after all this work has been done. I believe it is crucial for first time directors to understand their value in the film industry because the evidence is clearly in their favour—Simon West made Con Air for 75 million and it made over 100 million, Rob Marshall made Chicago for 45 million, [which made] 171 million—the film also became the ninth musical to win an Academy Award for Best Picture, with 13 nominations, including Best Director for Marshall’s feature debut. Snow White and the Huntsman made 4oo million worldwide under the direction of Rupert Sanders, another first time director. The list of successful first time feature film directors is extensive—you have Marc Web, Spiderman 2; Joseph Kosinski, Tron, Gareth Edwards for Godzilla, and of course we all know about the triumphant Jurassic World; Trevorrow had a 105 million dollar budget and made over 1.5 billion dollars. The list goes on; it really is extraordinary! I feel a real success of a first time director is if they can bring something new, something avant-garde to the table, just like George Miller did with Mad Max, or even a project of epic scale like Orson Welles did with Citizen Kane, who was also the writer. 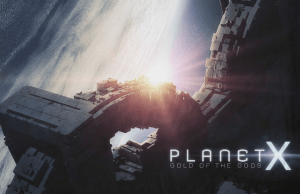 A: You are on the lookout for an established co-director, why is that?

TB: Well, this will bring some security to the investors, studios, and distributors. Joining forces with an experienced big-budget director will ensure the top tier cast deliver their best performances, whilst allowing me to focus on the vision, story, and groundbreaking special effects. For example, we are introducing new face-mapping technology to introduce old movie stars from the past in The Players’ Club, and are in talks with the estates of Humphrey Bogart, Rudolph Valentino, and Florence Lawrence, so that they can have cameo appearances.

A: Planet X : Gold of the Gods is to become the most expensive independent of all time; how is the funding going?

TB: Orson Welles once famously said something along the lines of, “I’ve wasted 98%, the greater part of my life, looking for money to make them and about 2% making them. It’s no way to spend a life.” Well, you can’t argue with Orson Welles. (laughs) As any director or producer knows, raising the capital is the hardest part of any project, particularly in the independent world. Fortunately, the team at the MovieFund has opened up doors to large-scale global private equities and hedge fund investors who are backing both projects.

In March 2015 she launched her own company, Suspicious Woman Productions with the opening of John Patrick Shanleys “The Big Funk” in Sydney. Alixandra is also an accomplished Jazz and Cabaret Singer having performed in Sydney, Melbourne and NYC. She is the Australian Content Specialist, Editor and Writer for Casting Networks International and is currently based in Beverly Hills, California where she is applying her theatre producing skills in the packaging and financing of Feature Films.