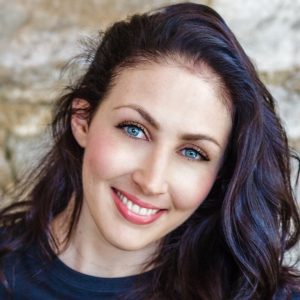 “Basically, the actor’s job is to be the ultimate detective, collect all the pieces of the puzzle and put it together to create a fully formed, nuanced, believable character.” – Jess Loudon

Generosity of spirit is crucial in this industry. Whilst it is important to keep things close to our heart it is equally important to share our passion and combine knowledge and talent amongst our community. In short, what you give, you get back.

Jess Loudon is an abundance of generosity. From the moment she walks into a room you instantly feel the weight of the world fall off your shoulders into oblivion. The first time I met Jess was when I was auditioning her for a role, with a big smile, and a voice showered in enthusiasm she introduced herself and I knew, before she even began her audition monologue, that she simply oozed talent.

In an industry that can too often feel like a place of “take, take, take,” people like Jess are to be cherished. They are unapologetically their generous selves, insightful, talented, a joy to work with and know. It is no wonder this wonderful woman is in high demand on the Australian theatre circuit.

After leaving a law career to train and work at the Atlantic Theater Company in New York City, she returned to Australia three years ago and has worked with numerous theatre companies including Bell Shakespeare and Sport for Jove (SFJ) – where Jess is currently starring in their 2017 summer season as Mistress Overdone in Measure for Measure and Brighella in Servant of Two Masters.

Loudon’s career is growing by the minute and with her success she becomes more and more grounded. There is nothing she takes for granted, she simply loves the work and we absolutely love her for it.

Alixandra: What are some of your rituals when preparing for a role?

Jess: When I’m prepping for a role, number one is to read the play – A LOT! When I’m feeling confused or lost, I always go back to the play.The playwright gives you everything you need to know.

Then I look at supporting material. If it’s based on a real event, I will do as much research as I can for more insight – newspapers, documentaries, interviews. If it is fictional, I research the playwright to try to understand his/her point of view, life experience, political stance – all of this will inform their work either consciously or subconsciously.

Then I think about what my character would sound and look like. I play with voices and physicality’s to bring into the rehearsal room. Ultimately, it makes the other actors and the director’s lives easier if you’ve done all of this as you are more free to play.

Basically, the actor’s job is to be the ultimate detective, collect all the pieces of the puzzle and put it together to create a fully formed, nuanced, believable character. And then it’s also our job to throw it all away and start from scratch if the director wants us too. Flexibility is key. 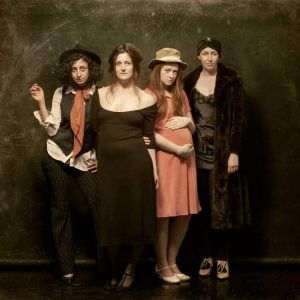 A: What are you more passionate about theatre or film and why?

J: I have always been passionate about live performance. I love film and television but I am fairly inexperienced when it comes to those forms of media.

Because my training was in NYC at Atlantic Theatre Company, my formative experiences were seeing Broadway shows (for free – the perks of being an acting student in NYC!). I also performed consistently Off-Broadway throughout my acting training so I also had the benefit of practical experience in one of the most competitive, joyful, challenging, uplifting cities to work in as an actor. You have to be at the top of your game all the time in NYC – no slacking off. There are 40,000 other actors there who would be very happy to take your place!

I would love to expand into film and television but the stage is my great love.

A: How do you prepare for auditions?

J: I prep for an audition the same way I prep for a role. If it is an audition for a specific role, you are creating a role and sharing it with the audition panel in the exact same way you would share your ideas of a character with the director in the rehearsal room.

Occasionally, I will have an audition for a company or a director I have never met before. General auditions are fairly standard for larger theatre companies. You will get a 10-15 minute slot with the artistic director, casting director and assistant. In that case, they normally ask you to prepare two contrasting monologues so they can get an idea of your range and whether they can use you potentially in upcoming productions.

When it comes to those sort of auditions, I automatically go back to what I learned with the monologue guru, Karen Kohlhaas, at Atlantic in NYC. It’s important to have a repertoire of monologues you have memorised and performance ready at all times. And the most important one is the “Getting to Know You” one – find a recent play (the past five years) with a character as close to your age and life experience as possible and learn it.

Here’s the thing though. As actors, we tend to hang on to our favourite monologues because we know we really hit them out of the park and they’re comfortable like a security blanket. However, your “Getting to Know You” monologue needs to change fairly regularly. You can’t keep trotting out the same monologue for ten years as your “Old Faithful”. You are not the same person when you first graduate as you are two years later and then, 5 years into your career, you’re different again! You’re not the same person at 25 as you were when you were 19 and again big changes from early 30s to mid 40s etc. The GTKY monologue needs to change as much as you do.

I would highly recommend Karen’s book, How to Choose a Monologue for Any Audition.

A: Beginning at the audition what has the whole process been like working with Sport for Jove?

J: I have wanted to work for SFJ for five years. It took me two years to get a general audition with them after I graduated then, another year after that to get an audition for a specific role and finally I was lucky enough to snag a role in the Summer Season this year!

Every actor in Sydney wants to work for SFJ. With good reason. They are the ultimate actor’s company – Damien Ryan is a phenomenal performer, writer, producer and director and, best of all, a lovely person. He has created an environment that is free and joyful and playful and challenging – for me, it’s like being back in NYC with my Broadway tribe.

I am an unabashed, unapologetic Shakespeare nerd. I love it. I even do IPA (phonetic alphabet) on my script for fun, regardless of whether it’s my character or someone else’s. In my opinion, Shakespeare is the extreme sport version of acting, like skydiving or bungee jumping – you have to be fierce and fearless and dive right in. You have to be at peak performance, physically, vocally and emotionally connected at all times. And, to my delight, SFJ is a little haven for like-minded Shakespeare nerds – no egos, no divas, just a bunch of storytellers committed to bringing the Bard’s words to life.

As you can imagine, I was absolutely busting with excitement at the first read. That excitement has never left throughout the entire process.

Working under the direction of Frankie Savige, George Banders and Lizzie Schebesta has been a complete and utter joy. And I have learned so much from my fellow cast members as well. I can’t wait for the audiences at Bella Vista and Leura to see these magical worlds they have created for Servant of Two Masters and Measure for Measure.

A: Whats next for Jess Loudon?

J: I’m looking forward to expanding my skill set in 2018. It’s five years since I graduated and I want to avoid the stagnation that can occur when you’ve been on the audition rounds without further training.

Doing the SFJ season has ignited an interest in comedia and slapstick for me. I’m hoping to expand my knowledge next year by doing weekly training with Combat Circus in Sydney with the phenomenal Scottie Witt – is there anything that man can’t do? And I would love to do some clowning training with Gaulier in France – better start saving my pennies!

From a career viewpoint, I would love to do more Mainstage work in Australia. There is so much exciting new work coming up – I want to be a part of it!

Personally, I have been given the honour and privilege of representing my fellow actors as an elected member of the National Performers Committee for Actors Equity in Australia. I take this role very seriously and I am committed to ensuring we all get a fair go. As a proud feminist, I am particularly committed to our industry achieving gender parity – we have a long way to go but we’ll get there if we’re all in it together! If you’re not a member of MEAA yet, get involved – your Union is here for you.

And, most importantly, I want to enjoy every single aspect of my life, both as an actor and also outside the industry. I don’t want to become myopic or navel gazing. I want to keep on expanding and learning and growing as a person and an artist.

Alixandra is a graduate of the Actors College of Theatre and Television Sydney and the Terry Schreiber Studio and Theatre in NYC. She has also studied at the Eric Morris Workshop in LA and the Bova Actors Workshop in New York under scholarship, The Actors Studio NYC and Alixandra interned at The Performing Garage NYC run by William Dafoe.

In March 2015 she launched her own company, Suspicious Woman Productions with the opening of John Patrick Shanleys “The Big Funk” in Sydney. Alixandra is also an accomplished Jazz and Cabaret Singer having performed in Sydney, Melbourne and NYC. Currently, she is applying her theatre producing skills in the packaging and financing of feature films, in addition to continuing her work as an actor, singer and with Casting Networks International. Alixandra is also the founder of L.A Connect, a boutique personal service connecting talent and Businesses.