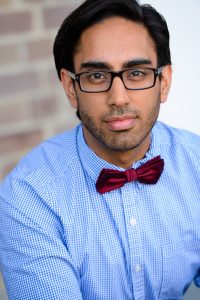 Storytelling has been fundamental to humanity since the beginning of time. In fact, the first printed story dates as far back as 700 B.C when the epic of Gilgamesh, was created and began to spread from Mesopotamia to other parts of Europe and Asia. The story was carved on stone pillars, and quickly spread around for all to see.

Every narrative paves the way to an emotional experience based on the information being communicated. Communication is the key in this ever-changing world, and now, perhaps more than ever it is crucial for every single one of us to give voice to our plot. No matter our race, colour, religion or sexual preference we must all unite, so that the anthology of humanity can continue to grow truthfully, and without prejudice.

Bali, is perhaps the most passionate advocate for diversity I have the pleasure of knowing. Not only is he an incredibly talented actor, he is an inspiration to all his peers by continuing to always, unapologetically pour his heart into everything he does.

Alixandra: What does diversity mean to you?

Bali: To me, it means a shake-up of the status quo. Diversity is an idea for our industry to be more inclusive and evolve in an industry of telling richer stories that we have hardly heard so far. I also see it as a means of empowering those that have historically been excluded from our industry to be heard, included and given the same opportunities. Diversity as a concept is evolving constantly. Initially, it was about branching out beyond “whiteness” as the norm in theatre, television and film, but we now look at all underrepresented communities and the diversity within those communities themselves. I’m not only first generation Indian-Australian, but also Punjabi-Sikh who grew up in Western Sydney and is gay. Do you get the nuances within my identity?

A: You are a passionate and hardworking advocate for diversity. What has motivated you on a personal level?

B: When I first chose a career as an actor, I came from a very different world; I was working in IT and had little conscious engagement with performing arts. I looked at Australian television and realised that I would have basically zero opportunity here being an Australian fella with Indian blood. I packed up and moved to London to start there and I had some great opportunities performing on stage at the Young Vic and Royal Festival Hall. I had to return home sooner than I thought and I just decided, “Screw it! I’m just going to make it work. I’ll be the one to make a change!” So, really it all started out as a personal means of landing work in a very non-inclusive industry, but my passion evolved to contribute all communities and friends that don’t see themselves represented or their stories shared in our media. I’m very proud of my own personal and professional achievements, but I also gain so much satisfaction from seeing my fellow diverse performers and creatives smashing goals.

A: In your opinion is the lack of diversity in the industry reflected worldwide or is it more evident in certain markets?

B: I’m not really a global market expert in this field, but I just sort of used my personal barometer and took in what I was seeing. At the time when I started, Australian TV & Film was bleak – way behind the UK and USA. Initially, I had thought if I just went overseas, then the problem would be solved for me. But the problem existed in the UK and USA too. It’s only been through strong campaigning that change began to happen. Diversity programs with USA television networks started changing things up on a practical level. Campaigns like Act For Change (UK), #OscarsSoWhite, and now #MeToo have expanded the conversation across a global conversation. I don’t think any of this was possible before social media. There have been great achievements, but I do find that Australia is moving a bit slower and that there are a certain number of people that are resenting a change. Equality does feel like oppression or discrimination to those that are used to wielding the power historically.

A: Do you feel that the current success of films like Black Panther has really helped set the bar for inclusion in Hollywood?

B: I think Black Panther and the upcoming Crazy Rich Asians are powerful in shifting narratives of communities that have usually only been depicted stereotypically. I went to a people of colour only screening of Black Panther here in Sydney and the energy and passion was so palpable in that cinema because there was a community of people that had rarely ever been depicted as empowered human beings on that screen. However, we can’t sit back now. We can’t say “Oh we have Black Panther now, the problem is solved!” As I mentioned before, diversity as concept must continually evolve and we have to continue holding the door open for new stories, voices and faces that we haven’t typically seen or heard. That is how we become more competitive in such a global market and validate the lives of every human being.

A: Describe your dream industry.

B: When I started as Co-Chair and now Chair of the Equity Diversity Committee, my goal was to make the committee obsolete. That we wouldn’t be having committees, panel discussions and stories about how and why diversity is a good thing. That we’d get to a point where our industry is completely inclusive. That you or I would walk on to set and we would see our country’s population actually represented in that cast and crew. I think it’s possible and I’m really excited about that. That’s why I continue to work my butt off now and develop more leaders around me. 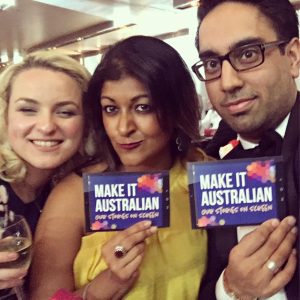 “Equality does feel like oppression or discrimination to those that are used to wielding the power historically.” – Bali Padda

You’ve probably seen him in a few commercials too.​

Theatre producing credits include In The Space Between​ (Cleveland St Theatre – Mardi Gras 2011)​, Sunderella​ (PACT – Mardi Gras 2017), Lighten Up​ (Griffin Independent 2016), as well as Hats Off! (Seymour Centre – Mardi Gras 2015 & 2016). This year he joins the producing team from Aquarius Films (Lion, Berlin Syndrome) on production of The Unlisted for the ABC and is developing a slate of exciting and diverse projects for television.